What Is Languishing And How Can I Avoid It? 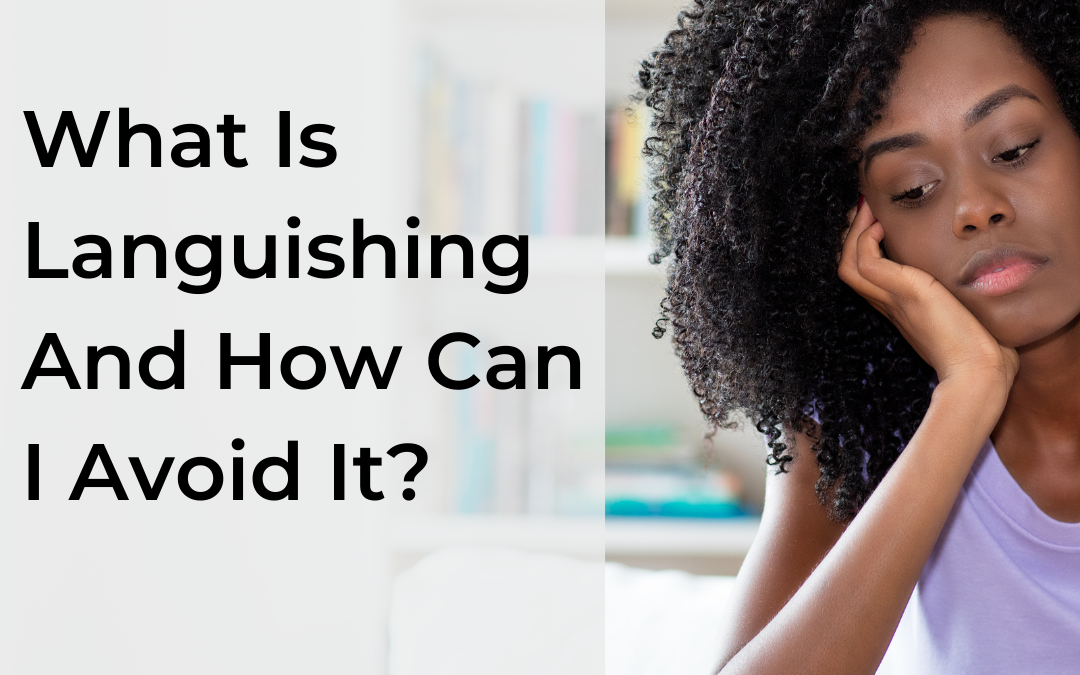 Recently I’ve been feeling like I’m living the same day over and over; wake up, work for the day, have dinner and go for a walk. Over and over. I know a number of friends and family that are experiencing similar feelings, like they can’t concentrate on work, or that they are just not excited about 2021. There is a word for this feeling of emptiness and aimlessness. It’s called languishing.

“Languishing is a sense of stagnation and emptiness. It feels as if you’re muddling through your days, looking at your life through a foggy windshield. And it might be the dominant emotion of 2021.”
The New York Times

At the beginning of last year, when the pandemic was new to us all, our brains went into fight or flight. Many people were so focused on finding out the best ways to combat the virus, and developing new routines, that they kept themselves busy. Now, a year later, we have all been in these minimal routines for too long, extended periods of not seeing friends or family, or any form of socialising, has left many of us with this feeling of languish.

It’s so important for people to realise that this is not good for our mental well-being. Many people think that mental health is one of two extremes, either you’re fine or you’re suffering with anxiety or depression, but in reality, it’s a scale that we are all on, and just because you might not be at the toughest end of it, does not mean you should ignore the symptoms.

What’s the Difference Between Languishing and Depression?

While depression is a clinical disorder that millions of people suffer, languishing is not a mental illness, but rather a series of emotions. Corey Keys, a sociologist at Emory University, says that languishing is “the absence of feeling good about your life”. Rather than feeling particularly sad or ‘down’, languishing is a lack of feeling at all, a sense of emptiness or joylessness in your everyday life.

One of the key differences between depression and languishing is, a lot of the time, people who suffer with depression find it difficult to get out of bed in the morning, they want to hide away from the world. People who are languishing, still go about their usual routine, but get no sense of joy or satisfaction from it, they are just going through the motions.

“Languishing is the neglected middle child of mental health. It’s the void between depression and flourishing – the absence of well-being.”
The New York Times

When you are languishing, while you may not have any symptoms of mental illness, you may not be at your best either. Languishing can dull your motivation, disrupt your focus and overall, just make you feel – bleh.

So How to I Try and Prevent/Cope with Languishing?

There are a number of things you can do to try and tackle this sense of languish. One of the most common remedies that people suggest is to find your ‘flow’, that feeling of being so absorbed by the task at hand you lose all sense of time. Psychologist Mihaly Csikszentmihalyi first coined the term, saying that we reach a ‘blissful state when we find the right balance between skill and challenge’. When we are working on something that is too difficult, we may become stressed or frustrated, however we still need some level of a challenge to keep us interested, to distract us from the monotonous routines we have all fallen into.

There are a number of ways you could try to find your ‘flow’. Why not try to learn something new? Like a new talent or hobby? Or stepping out of your comfort zone. Find something you’ve always wanted to do that is challenging without being overwhelming. Set yourself some uninterrupted time, whether that be to try and learn your new skill, or even if you have a project in work but can’t seem to avoid the influx of emails in your inbox. Setting aside even two hours of your day to focus on one goal can help you regain focus, find your ‘flow’ and avoid that languishing feeling.

What are some things you have found helpful during the pandemic to prevent you from languishing? Share your thoughts in the comments below!