What is Psychological Safety and Why is it so Important in the Workplace? 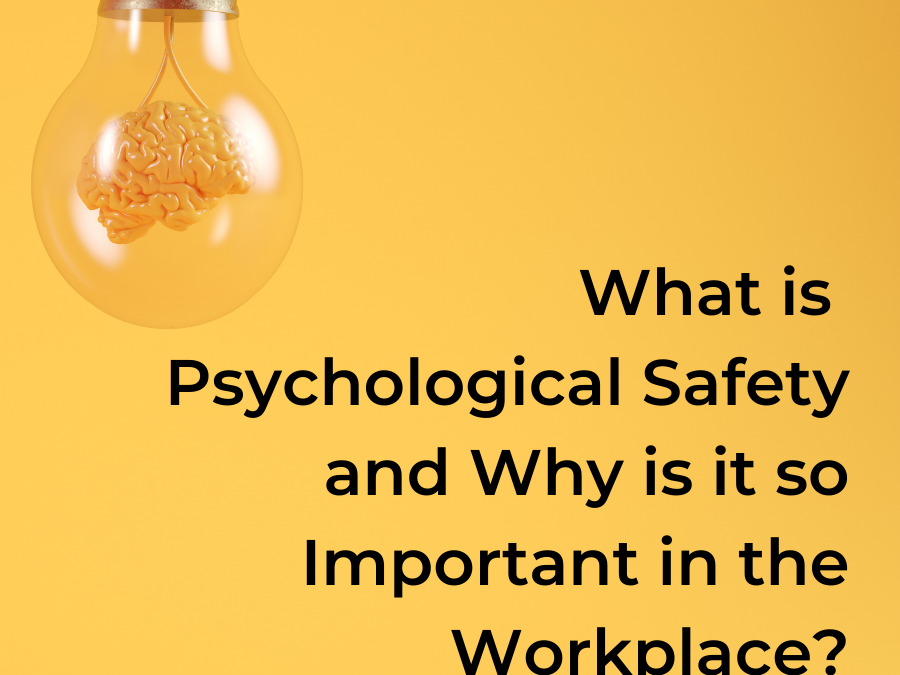 What is psychological safety? Amy Edmondson, Professor of Leadership and Management at Harvard Business School, defines it as:

“ The belief that one will not be punished or humiliated for speaking up with ideas, questions, concerns or mistakes.”

At its essence, psychological safety is the feeling that we are in an environment where we feel safe to bring our real selves into interactions with our team members – one where it’s not personally costly to make mistakes or ask questions. Everyone should feel like they can ask questions without being ridiculed for not knowing the answer, share critique without coming across as negative, or point out an error or issue without feeling like they are putting their job at risk.

Take this real story as an example from a Genos Client:
A formal complaint was lodged by two women against a male employee for poor behaviour. Over the next month, suddenly 15 more people (men and women) came forward with similar stories and complaints about this person. When they were asked why they took so long to come forward, the answer was the same across the board: “I didn’t want to lose my job”, “I didn’t want to be a nuisance”.

In this case, none of the men and women who came forward had previously felt safe enough to do so. They feared not only the repercussions of voicing their issues but also, how they would be perceived by their leaders for voicing their issues. When interviewed about their concerns, our colleague asked them ‘Why now? If this person’s behaviour has been going on for so long, why are you speaking up now?’ This particular team had just completed a Genos Emotional Intelligence development program. Every single person that responded, shared how since emotional intelligence became a part of their culture, they now felt safe to speak up. One woman shared

‘I never would have had the courage to speak up for myself prior to the Genos training.’

In the months after the EI program concluded, things that had previously been swept to the side and discounted (like poor behaviour and harassment) started to glare. People began to trust their leaders and HR and were more willing to be honest without fear of repercussion.

This is a great example of why psychological safety is so important in the workplace, especially now. The working environment has changed drastically, especially in the past year with the Covid-19 pandemic.

Now that the return to offices is getting closer we need to be prepared that the workspace we return to will not be the same as the one we left behind in March of last year. Some will be understandably apprehensive returning to public areas, wary of the presence of the virus still in their communities. Others, while glad to return to the office, will still require more support from managers than they have in the past.

With the return to work being a difficult situation for some, people need to feel like they can be open and vulnerable with their leaders about their fears and concerns. Great organisations will prioritise creating a safe and secure environment where their people feel supported and safe enough to speak up. Would you want a team who sits in a meeting, questioning nothing, suggesting no new ideas, and just going with whatever plan they are given? Or do you think it would be more productive to have a team who asks why you want to do this project and comes up with new methods to try to improve your existing ones? Ensuring that your employees feel like they can freely speak up, not only creates higher employee satisfaction but will lead to improved engagement and productivity throughout your organisation.

If you want to learn more about psychological safety, or if you’re a leader wondering how you can make your team feel happy and safe at work, sign up here for access to the recording of our most recent masterclass, ‘The Link Between Psychological Safety and Emotional Intelligence’.