Why is the Coronavirus situation freaking you out? (and some things you can do about it) 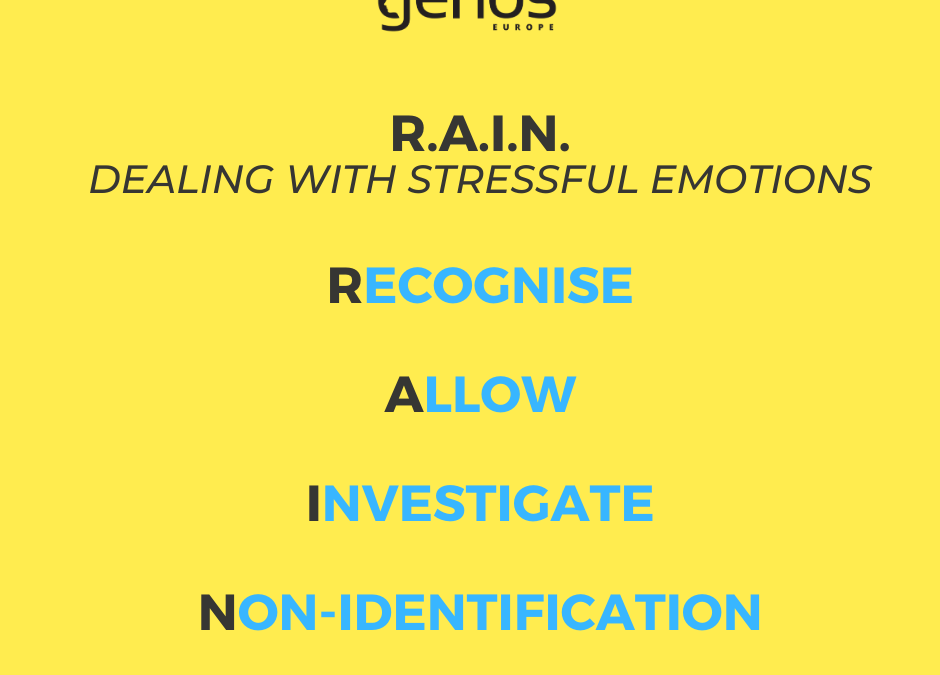 (In this video, Deiric McCann shares insight into stress and stress mindset and why this current situation has so many of us feeling ‘freaked out.’

Below is a transcript from the embedded video so the syntax may be different to a written post here and there.)

It’s only a couple of short weeks since we fell into this crisis with Coronavirus and in that couple of weeks, things have changed dramatically. I was like everybody else a couple of weeks ago, kind of a headless chicken, really really triggered and worrying about the future. Asking myself,

What I am gonna do next?
What am I gonna do tomorrow?
What about the business and so on?

I think the rest of the world was pretty much like that, and then you move on a couple of weeks and we’ve all kind of habituated to the new normal. Now I don’t mean that we don’t have days when our heads go nuts and we become headless chickens again. You look at everybody around you and you could be forgiven for thinking that you’re the only one that gets flat from time to time. But if you actually look in behind the Facebook faces that people are putting to the world you’ll find that while they’re habituating, there are days when everybody gets concerned and triggered and back into that ‘headless chicken mode.’

So why is this Coronavirus freaking us out the way it is?

And what can we do about it?

Well, let me try to give you some perspective on why it’s freaking you out first and why it’s having this impact on your brain which is a prime mover in this, then give you some simple suggestions for what you can do about that.

This gentleman is David Rock, he’s an Australian researcher and he’s the founder of the Neuroleadership Institute and his most famous piece of research a couple of years ago was a meta-research study where he looked at all of the research over 20 years into brain chemistry and brain reaction to try and see:

What are the things that trigger the brain into a threat response? Because in general, at the most basic level, we have two main responses to stimulation coming from the outside – a threat response or a reward response and a threat response gets us to want to ‘fight or to flight’ – you’ve heard about that before.

So he looked at 20 years of research to say, ‘What are the things that trigger us either into fight or flight that we need to manage in order to be able to keep ourselves and the people around us more in the reward state than in that threat state?’

And he came up with this model: SCARF.

The second factor that he said was Certainty, and I love one of the expressions he used, “our brains are certainty seeking machines, they need to know what’s happening next”. And so our brain is continually looking for a resolution that tell us what’s gonna happen 10 moves down the road because that’s survival, when we know what’s gonna happen, when we can predict the future, we can better plan for it and we can better survive.

The third factor is Autonomy. We need to feel control, we want to know that when something happens there’s something we can do to take responsibility for it, so that’s autonomy.

The fourth one is Relatedness. We need contact with people, we need to feel a part of something, we are biologically set up that we need to belong.

And the fifth factor is Fairness. And fairness is the sense that you’re getting a good deal that nobody’s screwing you over.

And what he said was these are the five factors that your brain is continually scanning the environment for, looking for any positive or negative messages against them.

So putting into the context of SCARF – what’s going on right now, Certainty; our sense of certainty has kinda gone out the window.

Here in Ireland, the way our government is really beautifully handling this is through giving us two weeks of certainty at a time. They’re telling us: “These are the restrictions we’re gonna have until Easter Sunday then we’ll review it again and we’ll see what happens then”.

And so our brains settle out of the threat into the reward response because we got the maximum degree of certainty that’s possible in that situation. So our certainty has been taken away from us and when that’s taken away that freaks out the emotional brain, it puts us into a fight or flight response. That ‘headless chicken’ sort of response.

Then there’s Autonomy and that’s the need for control, think of it right now, there’s not a blasted thing you or I can do about getting rid of the Coronavirus other than of course washing our hands, sneezing etiquette, distancing ourselves and all that sort of thing, but we don’t have a direct way that we can just say, “If I do these three things all in and of myself, boom! it’s gonna be gone”.

Because there is no need when we’re physically distant to be socially distant, and if we feel that social distance, it impugns and it pushes against our sense of relatedness. Our brain needs to feel like it belongs. When it feels like it’s an outsider, when it feels like it’s outside of the group, well then it gets triggered into a threat response and you’re back to ‘headless chicken’.

And then there’s Fairness. And you know every so often every one of us in our quiet moments think

Why is this happening to me?

I’m a good guy, I don’t deserve this, and I’ve done all the right things all along.

This is just not fair!

So Coronavirus – whether you’re aware of it or not is continually triggering at least those four the CARF of that SCARF Model and threatens a lot of the time to put your brain into that fight or flight response.

When it’s in fight or flight response, when you’re triggered like that – the loss of control, all of the decisions that you’re making, the way that you’re thinking, the things that you’re saying is your emotional brain. It’s an ancient part of the brain, and was designed just to get you out of there quickly to flight or to get you fighting. It’s not terribly useful in more subtle sorts of threats like this – where your best place to respond from through challenges like this – is the thinking brain up here.

So when you find yourself freaked out by coronavirus, what do you do?

Let me give you a cut-down version of an acronym that we use on our Resilience Training Programs, so next time you find yourself freaked out notice it. By notice it, I mean bring attention to it, just notice:

I’m starting to get freaked out, something’s freaking me out, what is it?

Is it this lack of control?

Is it the distancing from other people?

Whatever it is, just bring attention to it, don’t analyse, just look, this is freaking me out, it must be one of these factors, and the next thing you need to tell yourself is that’s ok. That’s just your body doing stuff, your brain what it was designed to do. You are meant to feel that way in the face of a threat.

So first thing is notice it, the second thing is accept it. Now don’t get me wrong, I’m not some guru type who’s saying to you “You really just have to take this on the chin and contemplate and it will all go away”. What I mean by accept it is, just notice that it’s happening and then just say ok this is a normal way, this is the normal way that my body reacts and it’s pointless to be actually pushing back against it as some psychologists say “that which we resist persists” and “the more you try not to think of a lemon, the more you think of a lemon” and some of you are salivating right now so don’t push back against it, don’t try to resist it. Just accept it and say ok this is normal and you let it be.

Ok, in the first step the moment you say “ooh look at this I’m experiencing a stress reaction to one of these three or four threats that are around me.” Immediately the control, the place where all decisions should be made in the brain shifts from that automatic pilot of the emotional brain up to the logical brain and that gives you choice.

When you accept it, you diffuse one of the biggest sources of stress in a situation like this and that is Stress about Stress, because when we become stressed and we find – maybe our temperature can sometimes go up, we feel the hair standing at the back of our neck, our hearts are beating faster and all those sort of things.

The most normal thing because of thirty or forty years of the press telling us that stress will kill us is to think:

“Oh God, I don’t want to be stressed like this, I’m gonna push against it, I’m gonna fight against it”, and the moment you start that you create a secondary stress, you start stressing about stress, so you started off being stressed by the uncertainty and then you say “Oh my God I’m getting stressed, I don’t feel too well” and you get stressed about stress and the stress starts to accelerate, the moment you say, this is ok, its normal to feel this way and you let it go, you break that cycle.

So that’s the second step, so the first on is recognise it and that’s “R”, and the second one is accept it, that’s “A” and the third one is “N” and that’s not me, as in, this is a physiological reaction happening in my body. What I’m feeling right now is just a natural reaction to what’s going on, it’s not actually me. Just because I’m feeling a bit fearful doesn’t mean I say I’m really afraid, just because I’m feeling a bit stressed doesn’t mean I say that I am stressed. The moment you identify what a feeling you accelerated, so you can say hey this is a normal physiological reaction, it’s not me and just let it be.

So where in the past you might have run and I’ve used the acronym ran “RAN” now you just bring attention to it, recognise it, secondly accept it “A” its ok this is a normal response, diffuse the stress about stress and then the third on “It’s not me” it’s just a physical reaction. Maybe in the past you would have ran away, now you just ran “RAIN” so try over the next while just to bring attention to what’s going on as you feel these moments when that habituated self, that part that has gotten used to this new environment drops away and you’re feeling a little bit tired, a little bit vulnerable, just pay attention to it, allow it to be and recognise that it doesn’t have to change your experience of everything that’s going on.

So I hope that has been in some way helpful, stay safe, take care.